District Committee Meetings are held on the First Thursday of every month at 7PM on Zoom. These meetings are the district wide planning and coordination and are open to all registered members of Boy Scouts of America.

District Rountables Meetings are held on the 2nd Thursday of every month at 7PM on Zoom. These meetings are open to all registered members of Boy Scouts of America, youth, invited guests and speakers.

District Commissioner meetings are held on the 2nd Thursday of the month at 6PM and are intended for the District and Unit Commissioners throughout the peninsula to coordinate Unit Leadership and Mentorship.

Kitsap County formed out of King County, Washington and Jefferson County,  January 16, 1857. It is named in honor of Chief Kitsap of the Suquamish tribe.

Kitsap Boy Scouts District was initially established in 1967. In 1972 it merged with Kah-Po District to become Ot Yo Kwa District.

Chief Kitsap District was formed in 1975 by merging the Ot Yo Kwa and So-Ki No-Ma Districts when the Olympic Area Council was absorbed by the Chief Seattle Council.

In 1998 it was divided into two new districts establishing Orca (Silverdale) and Sinclair (Port-Orchard).

In 2019, overwhelming desires of our scouting communities in the area the re-emergence of Kitsap District begins.

For over 100 years, the Order of the Arrow (OA) has recognized Scouts and Scouters who best exemplify the Scout Oath and Law in their daily lives.  This recognition provides encouragement for others to live these ideals as well.  Arrowmen are known for maintaining camping traditions and spirit, promoting year-round and long term resident camping, and providing cheerful service to others.  OA service, activities, adventures, and training for youth and adults are models of quality leadership development and programming that enrich and help to extend Scouting to America’s youth. 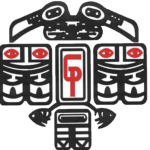 The mission of the Order of the Arrow is to fulfill its purpose as an integral part of the Boy Scouts of America through positive youth leadership under the guidance of selected capable adults.

As Scouting’s National Honor Society, our purpose is to: